Oh my, what a week it has been! I’ve been SO busy with making major life decisions the past week, it’s crazy! Last weekend, Vic and I took a suuuuuper last minute trip to Texas!

I know, I know.. I can already hear all my Californians saying “TEXAS??? BUT WHY??” Well the answer is quite simple, Vic and I will be MOVING TO TEXAS in September, eeeeeek!!!! We cannot be anymore excited. We’ve been talking and seriously contemplating our move to Texas for over a year now. We knew we wanted to settle down somewhere where we can actually afford to buy a house, because let’s be real, California is getting waaaaaaay too expensive. I mean, it costs over $1,200 just to rent a beat up, teeeeeny tiny studio apartment here in LA with a pretty much non-existent kitchenette AND in a sketchy area. haha I wish I was kidding.

We contemplated different states and even visited a bunch of them the past few years, and our favorites were Chicago and Portland! Unfortunately, being born and raised in Malaysia and now living in California, your girl can’t handle the cold, so Chicago was a no go! BUT we absolutely ADORED Chicago and had so much fun exploring during Christmas time! It was seriously SO magical! Vic reaaaaally wanted to move to Oregon because of how beautiful it is, BUT it rains WAY too much there and as much as we loved it there, we felt like it would take a toll on our emotions because it did get kinda depressing with all the rain after a while. haha Vic and I are HUGE HGTV fans, so after watching all the AHMAZING fixer upper houses Chip and Joanna did in Waco, we were sold on Texas! I mean, you can buy a HUGE piece of land for like 50 grand! SO crazy! We were initially going to just up and move after I graduated from Cal State Long Beach, but Vic found out last minute that he had a 4-day weekend off from work, so we decided to take an impromptu trip to Texas to actually visit allllll the apartments that we’ve been bookmarking and researching on Zillow!

I knew my heart was set on Plano, Texas because I’ve heard SO amazing things about Plano from all my blogger friends that live in the Dallas Fort Worth area. Plus, Plano is THE NUMBER ONE safest city in the United States (emphasizing this for my parents who are worried sick about gun control in Texas. haha) AND a ton of headquarters are located in Plano, making it easier for me to get a job in Marketing there.

So Vic and I booked a last minute hotel and flight out to DFW and we rented this AHMAZING, sporty 2018 Toyota Corolla XSE from Toyota to get us around Dallas while we explored the city and went apartment hunting! The first thing that caught my eye about this Toyota Corolla XSE is the striking blue color! You guys know I’m such a color enthusiast, so obviously this Blue Crush Metallic color gave me allllll the heart eyes! I also love how sporty this car is – it even has a Sports mode that we used! Also, I loved how the interior SofTex- trimmed seats were lined with that same striking blue to compliment the exterior color! Also, you guys should see all the trunk space that this Toyota Corolla XSE boasts! As someone who drives a Mini Cooper, I’m not even kidding when I say that the trunk is bigger than my whole car, ha! 🙈

But I think the best (and my favorite) part about this Toyota Corolla XSE is the fact that it does SO good on gas at an estimated 28/36 MPG! We drove around Texas SO much for 4 days and we barely used half a tank of gas, like whatttt! 🙌🏻 It also has all this amazing technology in it that my Mini Cooper lacks, such as an integrated backup camera, advanced voice recognition and steering wheel controls, smart key system with push button start, auto climate control, pre-collision system with pedestrian detection, and lane departure alert with steering assist! Also, it even has a tire pressure monitor system! YES PLEASE! As someone who doesn’t know how to watch for signs that a car might need something specific to keep running, one of my biggest worries is not being able to tell when my car is running low on air pressure. I absolutely LOVE that the Toyota Corolla XSE comes equipped with this amazing, well-needed system – perfect for all millennial women out there!

Also, how awesome is this power tilt moonroof with sliding sunshade? I had SO much fun poking my head out of it and yelling “weeeeee!” because I’m such a kid at heart! haha I still can’t believe we found THE MOST AMAZING apartment to move into in September! We loved it so much that we applied and signed the lease immediately! It’s seriously SO gorgeous and I can’t wait to give all you marblelous babes a tour of the apartment once we move in! I can’t tell which is my favorite – the fact that it has an island, that it has stainless steel appliances, or that the clubhouse is literally every marble-lover’s dream with the most impressive marble waterfall island and marble clad fireplace! You already know that I’ll be using the clubhouse as a photo op any chance I get! 💁🏻‍♀️ I mean, I was literally asking Vic whether this is real life. The pools have the most amazing cabanas, and they have such an impressive and extensive gym for working out! And the best part? We are seriously right next to all the hot spots in Plano that my Dallas friends said that I absolutely HAVE to visit, eeeek! Can you tell how excited I am about all of this?

Special thanks to Toyota for letting me ride in style in the Toyota Corolla XSE throughout my trip in Texas! 💕 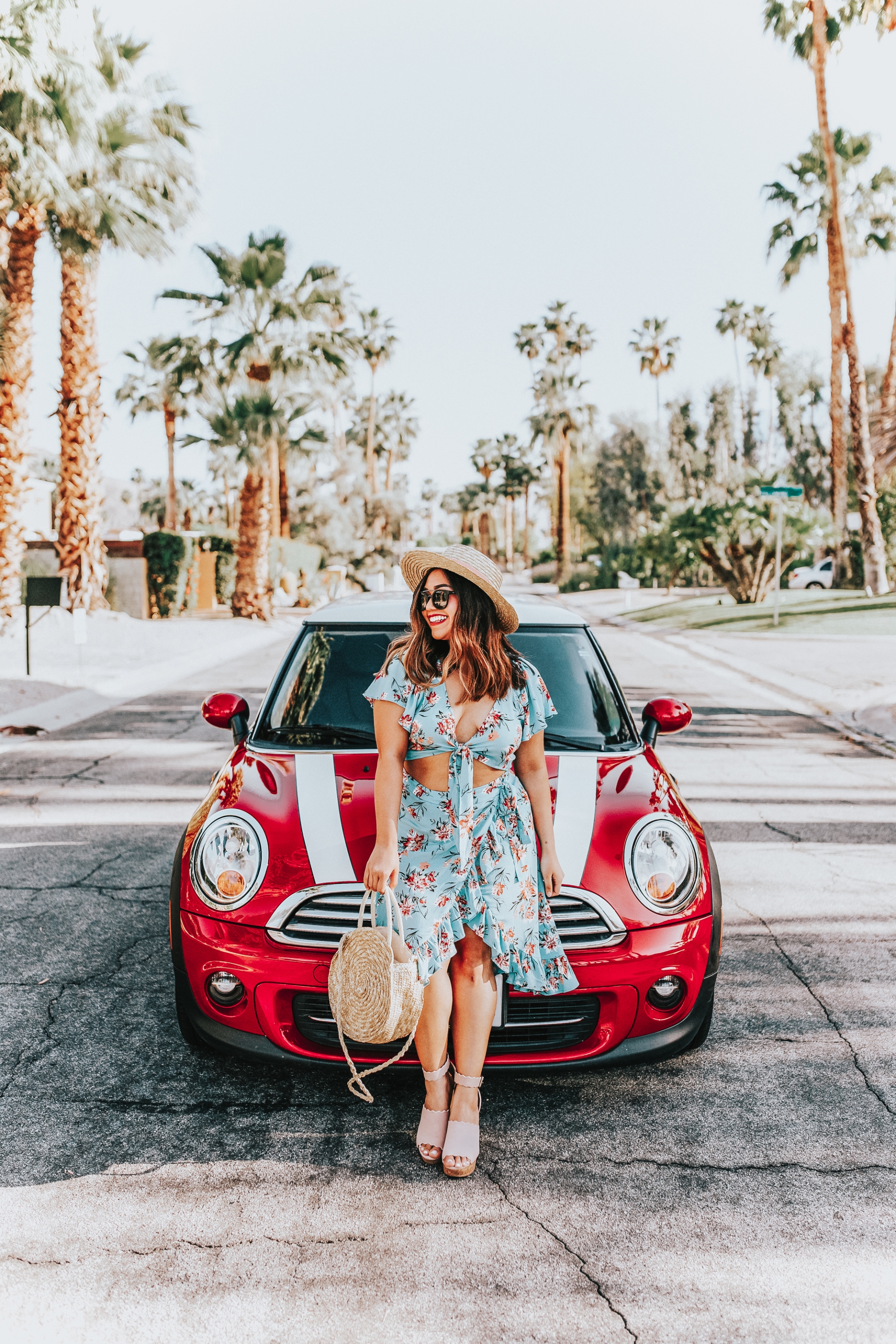